If you ever had a plan to keep a companion in your lonely moments to play around with. If you love to have a pet but just are health conscious and don’t want to take any chance with your life. And if you are the one freaking cat lover, you simply are going to enjoy this post. Today in this post I’m going to share the list of hypoallergenic cats that are not just friendly, furry but also safe as a pet.

Before we further talk about the list of hypoallergenic cat breeds, it’s better to discuss few of the facts about the allergies that are being caused by a cat at your home. Every third of the Americans living with different types of allergies are allergic to cats and dogs. And the number of people with cat allergies are twice as many in number as people with dog allergies. So it’s more risky to have a pet cat at your home rather than a dog. Cat allergies are more often genetic and it is more likely to have cat allergy if any of your family member is already allergic to cats.

These allergy causing allergens come from your cat’s dead skin, salivary gland or may possibly from their urine. Coming into contact with allergens can cause some serious health issues. If someone is suffering from asthma, should never have a pet cat as it increases the risk of serious asthma attack up to 30 percent if exposed to any of the aforementioned allergens. In a study, it is found that infants exposed to pet cats are at a higher risk of developing different allergies in first four years of their childhood.

You may surely want to know what type of allergies these could be and what are the possible ways to avoid them and be safe. Allergies with pet fur is quite common in people with other allergies especially asthma. Cat allergens are more like to enter into your body through breathing and may cause swelling and itching of membranes, stuffy nose and also eye inflammation.

Sometimes these allergens are quite small in size that they may easily enter into your lungs via a respiratory process and do some serious health damage. Highly sensitive people are likely to begin with coughing, sniffing, wheezing, and shortness breathing immediately after contacting these allergens. It may also cause rashes on face, neck and upper chest depending upon the sensitivity and amount of allergen inhaled.

The crepuscular four legged feline is one of the most common pet people keep as companions. But not everyone is lucky enough to share the companionship of these loving creatures due to allergic reactions caused by them. Fel d1, a Feline protein found in the saliva, urine and dander that causes the allergic reaction in humans is the main cause of allergies.

Abyssinian cat breed is highly energetic, curious, friendly and intelligent, therefore they are one of the top five most popular cat breeds in the US. Although the origin of the Abyssinian cats is uncertain, as some thought this breed to originate from Abyssinia or now called Ethiopia, whereas recent research point the origins towards the Egyptian coast, but one certain thing about the Abby  is that it is one of the oldest known breeds of cats. The Abyssinian cat is what is called a tabby pic cat and comes in four beautiful shades of red, fawn, blue and ruddy. Abyssinian cat weighs between 8 -17 pounds with an average life span of 12-15 years.

Large almond looking eyes with a distinctive green or gold eye color make these cats truly stunning and gorgeous. Well if you think these are the only characteristics which make these cats different and distinctive, think again! The most unique characteristic of Abyssinian cat is their coat: shiny, lustrous, ticked and thin coat which do not shed a lot and produces very less Fel d1 or the antigenic protein, therefore it is a perfect cat breed for people who suffer from cat allergies.

A natural breed of Siberia and also acknowledged as National cat of Russia, Siberian cats are the largest domesticated breed of cats. Siberian cats come in a variety of colors like tabby, color point, turquoise shell and solid.

Large, round and soulful eyes with a slight upturn angle to them is one of the distinctive and unique characteristic of Siberian cats. Another unique trait of Siberians which people with allergies would love to know is that these cats have a three layer dense feline coat with guard hair (an outer coat), awn hair (the middle part of the coat) and down, which produces very less Fel d1 or the antigenic protein, therefore it is an impeccable cat breed for people who suffer from cat allergies.

Well, they are ideal for people with allergies but don’t be fooled because Siberians shed a lot especially seasonally, so frequent grooming is required. Siberians weigh between 8-17 pounds with an average life span of 11-15 years

Smart, curious, inquisitive, active and playful, but unlike Siamese, very gentle, Balinese cat makes a great family pet. Balinese which are an off-shoot of Siamese cats are believed to be one of the intelligent of the long haired breed of cats.

Almond shaped sapphire blue eyes, like its ancestors, look stunning but the heavily plumed, fringy tail is a distinctive characteristic of Balinese. Balinese coat comes in a color point pattern of seal, chocolate, blue and lilac with a medium coat which is very shiny, fluffy and silky and produces very less antigenic proteins Fel d1 and Fel d4, so it is undoubtedly an ideal feline companion for people with cat allergies but keep in mind that these cats need frequent grooming and brushing, at least twice a week as it sheds a lot. Balinese cats weigh between 5-10 pounds and with an average life span of 9-15 years.

Not only these cats look unique but you will hardly hear the meow like other cats, instead Bengal cats produce a raspy sound which really adds to its uniqueness. But the most defining feature of a Bengal cat is it’s spotted, rosettes, arrowheads, or marbled coat which gives a very wild look to these cats.

Large bright blue or green eyes, rounded ears, and prominent facial markings are some other distinct characteristics of this cat breed. Bengal comes in short haired coat which hardly sheds and therefore needs once a week grooming to keep the coat healthy. Bengal cats are also thought to produce less feline protein that causes allergies in humans. Bengals weigh between 8-15 pounds with an average life span of 10-16 years.

Energetic, playful and friendly, Burmese cats also known as bricks wrapped in silk, have many distinct characteristics, unlike other breeds of cats. Ripe graceful long years of life and weight are among the most notable.

Also known as chatty cathy among feline, these cats follow their owners everywhere, so it is not a good idea to leave them alone. Burmese are almost likely as their ancestors, Siamese, but some distinct features like muscular, stockier, heavier and hardy body makes them really beautiful, stout and vigorous. Golden or yellow eye color widely set apart with a soulful expression adds to the charm and beauty of this cat.

Burmese comes in short haired coat which is silky, glossy and fine with an original rich dark brown standard breed color. Other colors include champagne, blue, sable and platinum. It is believed that these cats produce less feline protein allergen, therefore people with cat allergies can enjoy a wonderful companion ship with these curious creatures. Burmese weighs between 8-10 pounds with an average life span of 10-24 years.

The short dense fine coat sheds very little, so are easy to groom and are very low in dander which makes these cats a perfect companion for people with allergies. Colorpoint shorthair cat weighs between 5-10 pounds with an average lifespan of 12-17 years.

This four legged feline is an adventurous, intelligent and exotic looking creature. Cornish Rex Cat is also known as the greyhound of the cat, because of its sleek appearance. Cornish Rex comes in a wide range of colors which include white, black, chocolate, orange, lilac and cream. Large oval shaped eyes and bat like ears are the prominent features of this feline. But the most distinct hallmark of these cats is the Curly coat which is just one layer undercoat “down”, unlike other cats, and without hair.

Due to its one layer coat, Cornish Rex cat hardly needs brushing but bathing is required quite often. These fun loving, playful companions are best suited for people with allergies as these cats are believed to produce less of the glyco-protein Fel d 1, which causes allergic reaction. Cornish Rex Cat weighs between 6-10 pounds with an average life span of 11-15 years.

Devon Rex, also known as poodle cat, pixie cat or the alien cat, is an intelligent, naughty and attention seeking cat. Big wide set eyes and large slightly round and low set ears are the most prominent features of Devon Rex.

But if you think these are the only features which makes a Devon Rex different from other cat breeds, you will be amazed. The coat of this pixie cat is very unusual for the reason that there is very little guard hair, which is the outer protective layer which make them very warm and soft to the touch. Wavy short-haired coat of Devon Rex is another hallmark characteristic of this cat breed which add them to the list of cats great for people who suffer with cat allergies. Devon Rex cat weighs about 5-10 pounds with an average life span of 9-15 years.

Lustrous, long, silky white coat with vivid and colorful points is the greatest hallmark which makes Javanese an admirable and elegant cat breed, and different from Balinese, otherwise both the breeds are similar.

Although Javanese is a long haired breed but sheds too little and are easy to groom. A Javanese cat produces very less antigenic proteins Fel d1 and Fel d4, so an ideal pet for people with cat allergies. Javanese cat weighs about 5-10 pounds with an average life span of 9-15 years.

The Ocicat is the first domesticated cat breed which resembles a wild cat. Ocicat is a short, satiny and smooth haired cat with a distinctive spotted coat and a variety of colors which include chocolate, brown, tawny, cinnamon, blue, fawn, lavender and different shades of silver.

Ocicat has almond shaped eyes and strong muscular body. Ocicat sheds too less so grooming needs are little and also produces less dander and cat protein, so is good for allergy sufferers. Ocicat cat weighs about 6-15 pounds with an average lifespan of 10-15 years.

Siamese cats have short glossy fine coat and are believed to produce less cat allergens so is well tolerated by individuals with cat allergies. Siamese cat weighs about 8-12 pounds with an average life span of 11-15 years.

Sphynx is a very rare cat breed which is also believed to be one of the hairless breed of cat. Although known as hairless but Sphynx cat has very fine hair. With almost unrecognizable hair, which makes this cat really soft and warm to the touch, Sphynx is well tolerated by people with cat allergies. Sphynx cat weighs about 6-12 pounds with an average life span of 8-14 years. 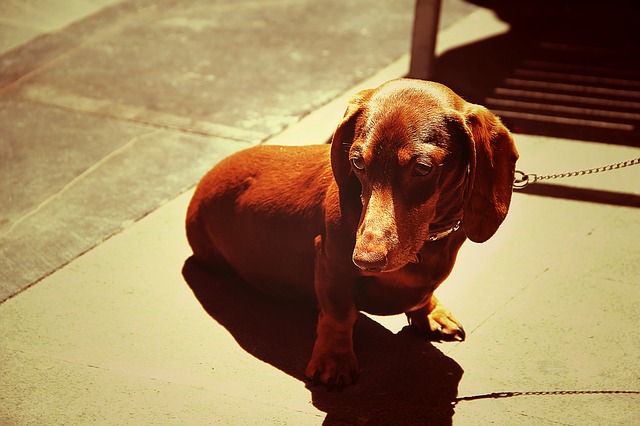