Tattoos nowadays have become a part of the mainstream culture but its existence is at least 6,000 years old. This form of body modification has become so popular that more than a quarter of the population in America alone is adorned with at least one tattoo.

The body art of inking is no more perceived as socially inadequate, or maladaptive as it was in past. In fact, it has become a means of self-expression, artistic freedom, and courage to get body inked. Similar to other forms of body modification like piercing, cutting hair, wearing makeup, or working out, tattooing is considered no different.

With celebrity divas and high profile sports players going under the needle to get their share of ink, the followers feel no hesitation to copy their idols.

As a butterfly symbolizes faith, freedom, beauty, change, rebirth, and transformation, these meanings are also engrained in a butterfly tattoo.

Butterfly tattoos though common among female celebs but male stars also ink their body with the beautiful image of a butterfly. The meaning of a butterfly tattoo depends on the color of the butterfly, other designs accompanying the insect and the part of the body one’s getting the tattoo.

Today we are sharing a list of celebrities with butterfly tattoo whose ink is a story in itself.

We’ve long been fans and following our favorite celebrities and want to style ourselves as they do. Have a look at these famous Hollywood celebrities who have butterfly tattoos in case you are looking for inspiration.

The “Ice Age: Continental Drift” and “Equalizer Reboot” star has inked two, in fact, three butterfly tattoos: one on her left hand and the other two tatted behind her right ear.

Look at this picture of Queen Latifah flaunting her stylish butterfly tattoo at the 15th Annual Chrysalis Butterfly Ball at the Private Residence on June 11, 2016 in Brentwood, CA.

On the famous Ellen DeGeneres show, the star showed her ink of the beautifully done blue butterflies. Sharing the details about which she said: “I’m turning 40 and I just want to continue to grow into that beautiful butterfly. The caterpillar who turned into the butterfly – that’s a symbol of who I want to be. It’s not finished yet”.

The reality star and the Kylie cosmetics mogul with her ex-partner Travis Scott tatted tiny butterflies on their ankles in June 2017.

The youngest Jenner and self-made billionaire has now the highest number of tattoo in the Kardashian family, with 4 red tatts and 3 black ones.

Harry Styles is a pretty big fan of tattoos which is quite visible on the star’s body. With a whopping number of more than 50 tats, the star singer intricate and famous inks include swallows, a skeleton, a rose, a naked mermaid, an eagle, a hanger, a star, a cross, and the Holy Bible.

A huge butterfly inked across his stomach is another on the list of celebrities’ tattoos. Harry styles’ butterfly ink was tatted by the tattooist Liam Sparkes.

The actress’s colorful butterfly tattoo on the back of her right shoulder is intriguing enough to make the cover story.

Shawn Mendes is next in our list of singers with butterfly tattoos. The “Senorita” and “In my blood” singer has got some artistic collection of ink including a butterfly one. Though each of his tattoos is significant but the story behind the butterfly tattoo is quite stirring.

Janel Meilani Parrish has a butterfly tattooed on her left wrist.

Best known for her role in the TV series Dawson’s Creek, the American actress also tatted a butterfly ink. Sharing in an interview the story behind her tattoo she said: “I got my first two tattoos in 2003: a butterfly and a music staff wrapped around a treble clef. I know tattoos are crazy! But I figure, when I’m 70 years old, at least I will still love music. Besides, butterflies are beautiful and doves are symbolic of peace”.

The American actress, songwriter, and singer Noah Cyrus is no new to ink. Apart from her acting and singing, she has gained a lot of limelight for her looks including her tattoo collection.

The stars inks which include rose, heart, sad smiley face, stars, LA, stand still, and a butterfly tattoo near her left wrist among many are all meaningful to the “Make Me” singer.

“Without me” singer has got many tattoos on her body but boasting a beautiful butterfly on her right forearm is for a hearty reason.

Sharing the details publicly about her beautiful butterfly ink from tattoo artist Jon Boy in May 2018, the star revealed her love for the creature which is also evident in her artwork including album hopeless fountain kingdom.

Anastasia Karanikolaou who was also Kylie Jenner’s bestie got the gorgeous butterfly ink on the back of her right arm in July 2018. The blonde has at least two other tattoos including a heart and a date in roman numerals.

Mariah Carey referred to as song bird supreme by the Guinness World records is an American singer, songwriter, and actress. Mariah made a name for herself in 1990 after singing to Colombia records and releasing her eponymous debut album which topped the US Billboard 200 for 11 consecutive weeks.

It seems that the star is not a fan of the tattoo but has adorned a single butterfly tattoo on her lower back in love for someone. Nick Cannon and Mariah got married on April 30, 2008, after which the celerity couple tattooed each other’s names. The butterfly was tattooed in orange with a small heart with Mrs. Cannon written inside the butterfly which the star later altered after the split.

The actress, singer, songwriter and dancer got a massive tattoo in honor of her Budapest trip. The artwork was done by tattoo artist Vivien Vamosi which the star showed on her Instagram.

Looks like Michelle Heaton is quite a fan of butterfly tats as the singer adorned 3 of them on her body. The former liberty X star tatted one on her left wrist and etched another butterfly tattoo on her back.

Allison Green’s Japanese style full sleeve tattoo on her left arm with an image of a geisha with flowers and butterflies is truly artistic and inspired from Allison’s dual heritage-her Japanese mother.

Angela Renée White better known as Blac Chyna seems to adorn floral and butterfly tats a lot as the former stripper is covered with them. You can find flowers and butterfly tattoos in many places on her body.

The “true blood’s” vampire has got a beautiful butterfly ink on her left forearm in 2014.

The “Miss you already “actress most famous ink was of a butterfly below her belly button which she removed later along with her other inks .

The American-English actress and visual artist absolutely loves adorning her body with ink. She has got some really interesting tattoos including a spider-web, hunkering tiger, and rose. Jemima has also tatted a fox sitting in bushes with a tiny butterfly tattoo hovering upon it on her left forearm.

The American singer and songwriter has 5 tattoos on her back including a butterfly one on her nape.

The little mix star has two tattoos on her back. One is on her neck that says “believe” and the other is a pretty big one with a design of sheet music with a treble clef on the left side intertwined with 4 butterflies. The tattoo is inspired by Little Mix’s hit single ‘Wings’ and was drawn by Hannah Lisa, a good friend of Pinnock.

Linda Perry has tatted colorful butterfly tattoos on the backs of both hands.

High school musical star Vanessa Hudgens opted for a beautiful butterfly tattoo on her neck. The American singer and actress revealed in an interview some details about her first tattoo.

“It was very last minute, but I’ve actually wanted it for years. A butterfly landed on my mum’s stomach a week before I was born and that’s how I got my name, because Vanessa means butterfly.”

Bar Rafaeli who was one of the most successful models from Israel also chooses a cute butterfly tattoo as her first ink. Here’s what she said: “I finally did it. My first (and last) tattoo.”

This gorgeous pop star is also in our list of celebrities who have inked their body with butterfly tattoos. Surely Britney is a sensation for many out there which is why she has been followed by her huge fan base. This Mississippi girl is not just known for her songs but for stunning looks as she is never shy to show her tattoos in public. 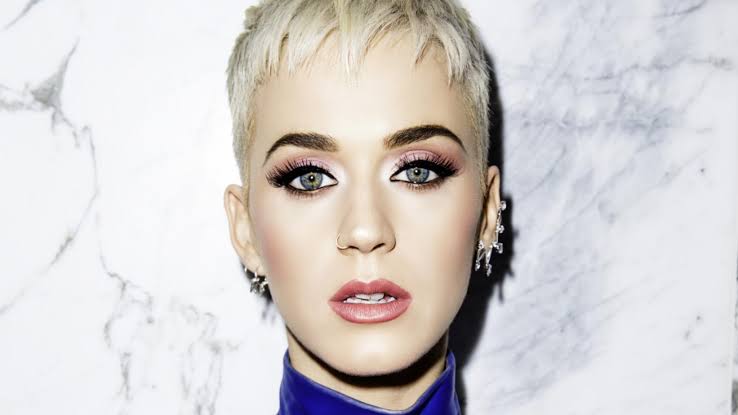